Just wrote a new article for Bananareel.ie on the future of humanity, our love of technology and convenience and where this is leading us.

It is an interesting area to look at because as the influence of organised religion subsides and community is somewhat eroded,  there is increasingly a worship of science and of personal enhancement.

While the use of technology to help those who are disabled in some way is to be applauded, other studies are also being done to see how technology might help us to become superhuman and to make life more convenient for us all.

There are groups such as Transhumanists who suggest that we all might benefit from an upgrade.

With the accelerated pace at which technology is developing today we need to be even more vigilant in our questioning of what is right and what is wrong and not simply following a herd mentality.

Anyhow, check out the article if you have two minutes : http://www.bananareel.ie/fancy-an-upgrade 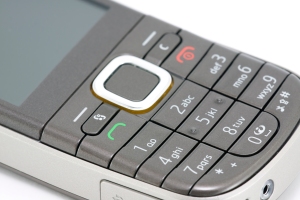 In the latest news on whether mobile phones cause cancer or not, a new review of the existing literature by British based scientists at the Institute of Cancer Research seems to contradict health warnings issued only weeks ago by the WHO that were covered in much of the leading Western media.
http://www.icr.ac.uk/press/press_archive/press_releases_2011/21212.shtml
According to Professor Anthony Swerdlow who led the review, “within 10 to 15 years after first use of mobile phones, there is unlikely to be a material increase in the risk of brain tumors in adults. However, the possibility of a small or a longer term effect cannot be ruled out”.
So where does this leave us?

Well, in a rather uncertain position.
You see, just weeks ago we were told by the WHO that mobile phones were as carcinogenic as lead or petrol exhausts and that we should try to limit our use as much as possible.

This was based on the Interphone study which claimed that spending over 30 minutes on the
phone each day for ten years could lead to the development of gliomas, an often fatal type of
brain tumor. http://aje.oxfordjournals.org/content/163/6/512.short

The new study by the ICR says that while the Interphone research was comprehensive it was difficult to draw conclusions from it.

At best, the WHO can only say mobile phone use is “possibly” carcinogenic.
And if it is carcinogenic will that actually slow the monster that is the Smartphone industry?
The answer is probably not. There are now over 25 billion mobile handsets in use today and figures are rising steadily.

In a recent survey by research firm TNS, less than 20 percent of mobile phone users said that they would change their cell phone habits based on the WHO warning.

What I don’t think helps the matter is to have premature health warnings. Mobile phones may very well be a health hazard, but if the implications are exaggerated early on people may not listen later.

The fact is that both studies are uncertain about the long term as the data is just not there yet.
In this case we must look at the role of the media in publicising findings of studies that do not draw very specific conclusions and whether the benefits exceed the risks in issuing health warnings before all the data is compiled.